Ecology and evolution of infectious diseases of honey bees

Honeybees are undergoing rapid declines worldwide, resulting in huge economic losses in pollination and crop production. Although the media often attribute these declines to “Colony Collapse Disorder” (a vague diagnosis with no known causes), the biggest current threat to honeybees are Varroa mites, which can wipe out large fractions of beekeeper’s colonies. Together with Berry Brosi (Emory University), Keith Delaplane (University of Georgia) and Mike Boots (University of Exeter), we are investigating whether the great damage done by these mites is the result of the unwitting selection of highly virulent mites through industrial bee-keeping practices. In particular, beekeepers regularly move infected bees between hives, apiaries (groups of hives) and even between different states as far apart as Georgia and California. These movements result in well-mixed bee and mite populations, and evolutionary theory has shown that parasites evolve higher virulence in such populations than in populations in which parasite transmission occurs locally. In addition to these evolutionary studies, we are also investigating how high colony density contributes to mite transmission, and whether simple changes to apiary composition can reduce mite spread. 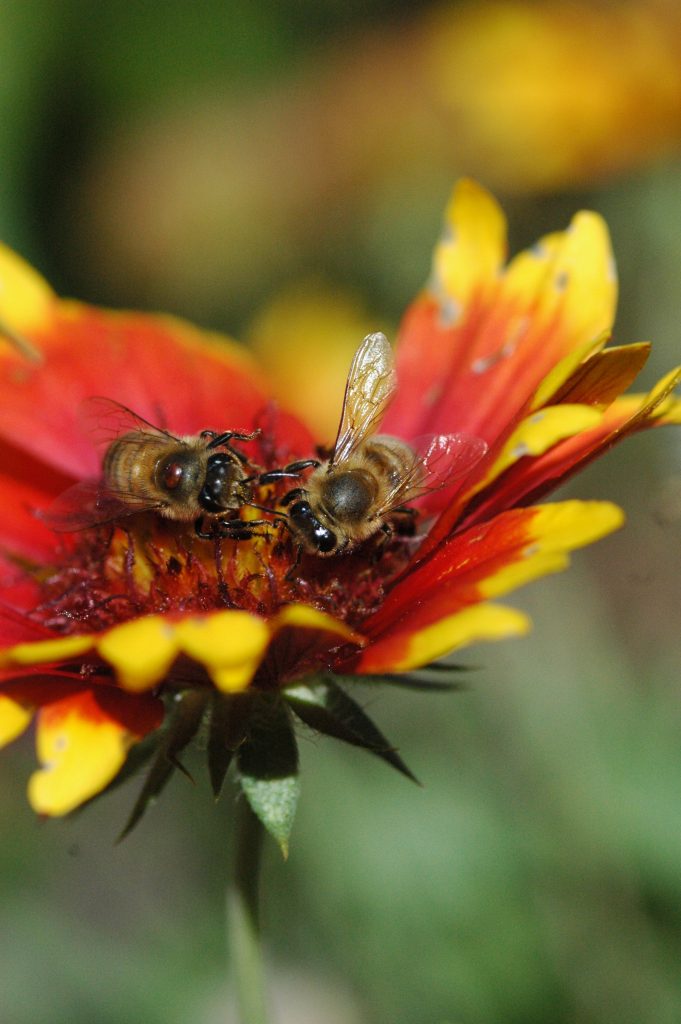 A Varroa destructor mite on the foraging honey bee on the left (photo by Jennifer Berry).