Population genetics and the genetics of migration in monarch butterflies

Population genetics of monarchs around the world

Monarchs are well known for their annual migration from eastern North America to overwintering sites in Mexico, but they also occur in western North America, where they overwinter along the Californian coast. Furthermore, monarchs form non-migratory populations around the world, ranging from locations in New Zealand to Costa Rica and Spain. Although these different populations have been known for a long time, it remained unknown how monarchs spread around the world and whether monarchs in different populations are genetically different. We addressed these questions by developing microsatellite markers and using monarch genome resequencing approaches. Surprisingly, this work showed that monarchs originate in North America, and that they subsequently colonized the world through independent dispersal events across the Atlantic Ocean, across Central and South America, and across the Atlantic Ocean. During these dispersal events, monarchs formed genetically distinct populations and lost their migration. Another surprising finding was that monarchs in eastern and western North America, despite their drastically different migration destinations and distances, did not show genetic differentiation across their neutral microsatellite markers. 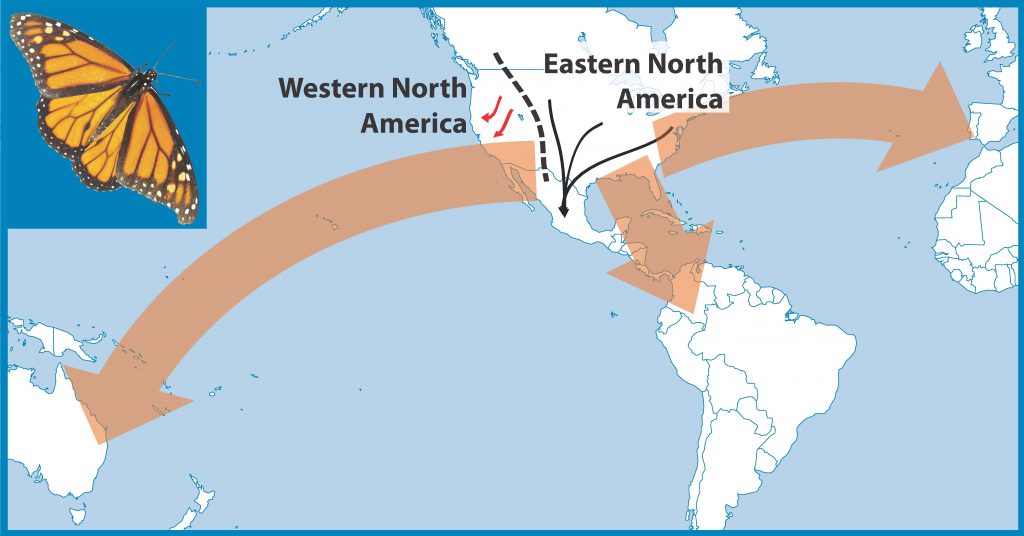 The genetics of seasonal migration

The occurrence of natural variation in migration distance, and the three independent losses of migration during their worldwide dispersal, make monarchs a wonderful system to study the genetic basis of migration. Our work has shown that non-migratory monarchs have smaller wings than migratory monarchs, and collaborative work has shown genetic differentiation between migratory and non-migratory monarchs at a number of genetic loci involved in muscle functioning and metabolism. Current work is indicating that muscle-related genes are also differentiated between eastern and western North American butterflies, and that eastern monarchs have greater flight endurance than western monarchs. We are expanding this work to include genetic crosses between monarchs that vary in migration phenotypes to further our understanding of monarch migration.

We are addressing the following questions: 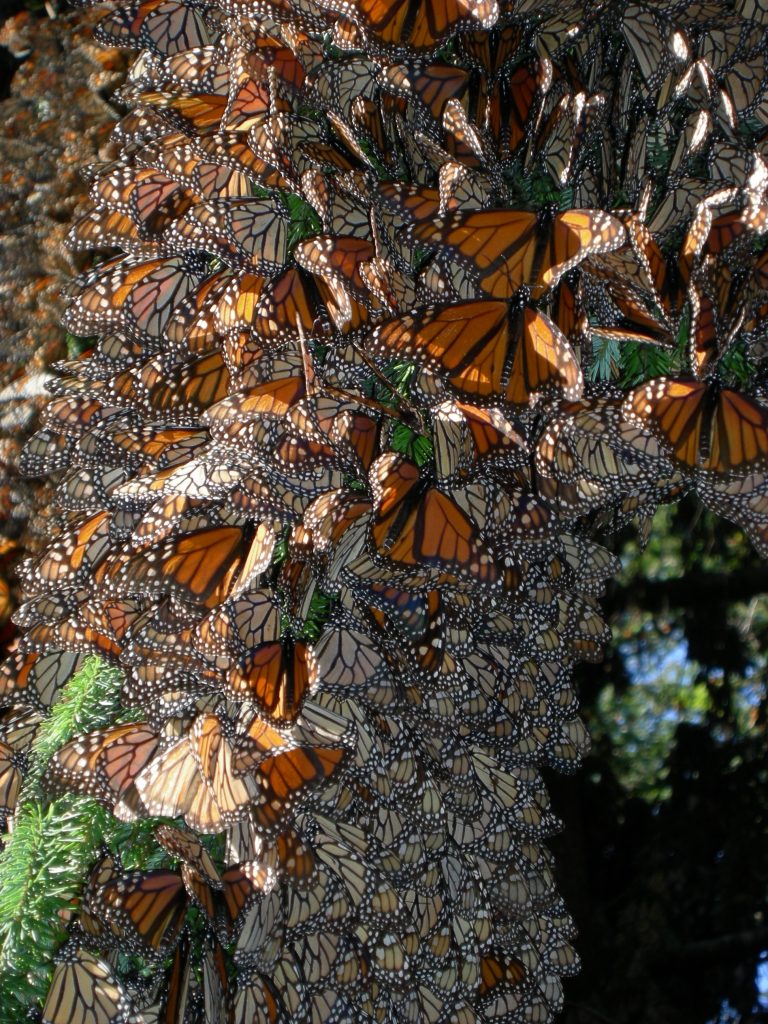 Monarchs from eastern North America migrate to overwintering sites in central Mexico, where they aggregate in the millions. 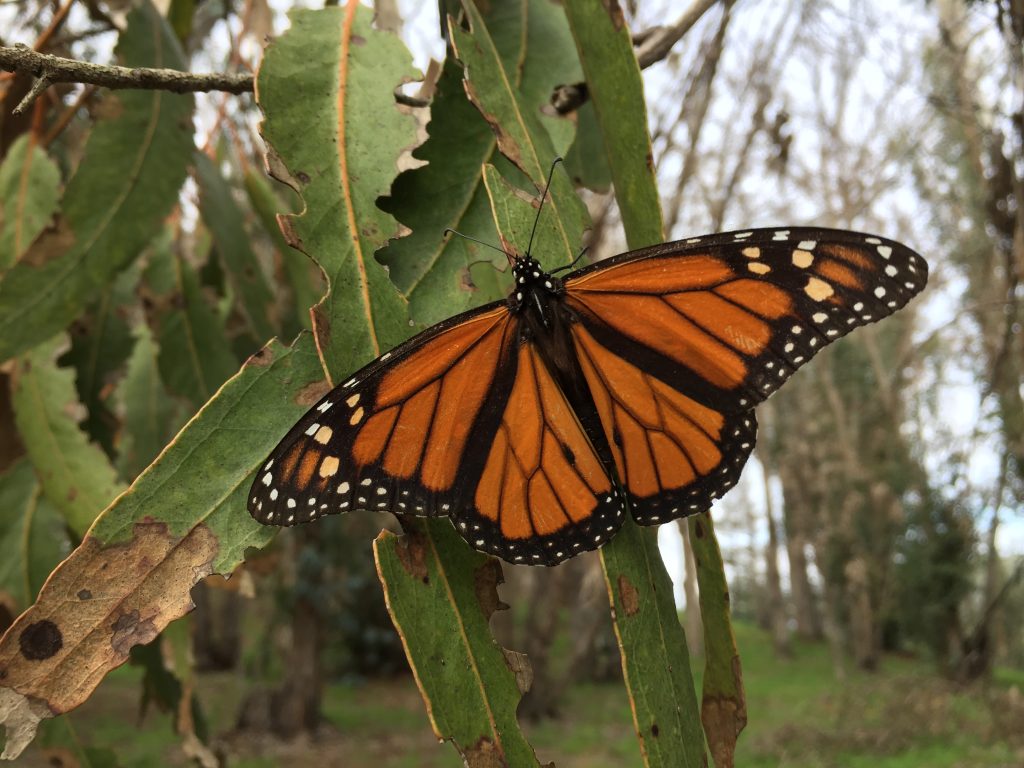 An overwintering monarch on the California coast, resting on a Eucalyptus tree.